The millions of Americans stuck against their will in low-wage, part-time jobs deserve serious attention from presidential candidates, not the cynical gotcha attack that Democrats have zinged at Jeb Bush.
Editorial: American workers already work long hours
See realtime coverage » 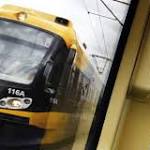 Clearing the Haze is a special report produced by Gazette editorial board members Wayne Laugesen and Pula Davis in collaboration with Christine Tatum, a veteran journalist and former national president of the Society of Professional Journalists.
See realtime coverage »

Editorial board endorses Megan Barry for Nashville mayor – The Tennessean

Deal would move Nynex building off the dime (Editorial) | syracuse.com

It’s been 20 years of empty promises, delinquent taxes and a bankruptcy, but it appears that this time Syracuse might finally have a shot at redeveloping the long-vacant Nynex building.

Editorial: One for the middle class – Times Union