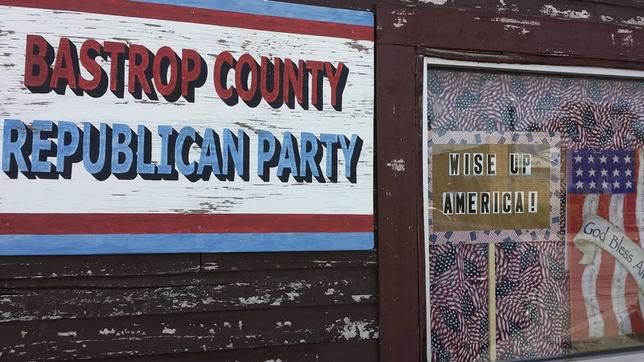 The headquarters of the Bastrop County Republican Party are seen in Bastrop, Texas July 10, 2015.
REUTERS/JON HERSKOVITZ

To hear the conspiracy theorists tell it, a labyrinth of tunnels is being built under Walmartstores for military attacks on civilians, and an orchestrated financial crisis will lead to martial law, U.S. troops patrolling chaotic streets, and a dictatorship under PresidentBarack Obama.

These and similar tales have gained currency in recent months among a small but powerful group of anti-government Texas voters in the run-up to planned military training drills in the West and Southwest, including in the Lone Star state.

While such views represent the fringes of American political opinion, they reflect a broader suspicion of the federal government that has run deep in Texas for years.

The U.S. Army Special Operations Command exercise, called Jade Helm 15, has brought these fears to a crescendo, particularly in Bastrop. Some of the exercises, scheduled from July 15 to Sept. 15, will be held in this city located east of Austin.

At an April town hall meeting in Bastrop, attendees peppered a military spokesman with pointed questions, including: “Are you planning on detaining or rounding up any American citizens?”

Rosalie Howerton, a 74-year-old retired nurse from Tyler, Texas, wrote the governor to say she was worried about the drills.

“I’ve gotten to the point where I don’t trust my government,” she said. “I don’t trust Obama. I think he is looking toward calling martial law to stop the next election from taking place.”

In an online comment about Jade Helm, Bastrop resident Josh Munyon wrote: “It’s something that the rest of the country should be worried about. They already have FEMA trains that oddly enough look like the trains that the Nazis used in ww2.”

One particular sticking point has been an Army map that lists Texas as “hostile” territory.

“Such labeling tends to make people who have grown leery of federal government overreach become suspicious of whether their big brother government anticipates certain states may start another civil war or be overtaken by foreign radical Islamist elements which have been reported to be just across our border,” Louie Gohmert, a Republican congressman from Texas, said recently in a statement.

The Texas Republican Party platform has long reflected concerns over federal and international overreach, with calls for a U.S. withdrawal from the United Nations and the elimination of the Federal Reserve.

When a U.N. agency named the Alamo, the location of a famed 1836 battle in the fight for Texas Independence, a World Heritage Site earlier this month, some Texans saw the move as a prelude to an international takeover.

FRIENDS ON THE FRINGE

The U.S. Army Special Operations Command has categorically denied there is anything nefarious about the drills, saying they are training exercises, while Wal-Mart Stores Inc said there was no truth to the rumors of a tunnel network being built under its stores.

Jade Helm will be held on public and private land, with the permission of landowners. The military said Army Special Operations Forces will train in Texas, Arizona, New Mexico, Utah and Colorado, with the terrain intended to replicate areas where soldiers find themselves operating overseas.

Fears from constituents, however, have drawn a response from politicians eager not to alienate right-wing voters. In a move a Dallas Morning News editorial called “cringe-worthy,” Governor Greg Abbott, a Republican, said he would dispatch the Texas State Guard to monitor Jade Helm to make sure it does not impinge on Texans’ freedom.

Placating such views could pay off for Republicans, who dominate state politics and often fight their most difficult battles in primaries where campaigns typically take a hard turn to the right.

A poll from the Texas Tribune and the University of Texas showed that 39 percent of registered voters and 85 percent of the right-wing Tea Party group supported Abbott’s move on Jade Helm.

“Republican leaders don’t want to do something that antagonizes these groups to such as extent that they rally around an opponent in the Republican primary,” said Mark Jones, who chairs the Department of Political Sciences at Rice University in Houston.

“The conspiracy theories tend to get amplified in Texas because we are a large state, with very active groups.”

Despite the predictions of doom, many Bastrop residents are wary but not overly concerned.

“We support our military, and they have to train somewhere,” said Pam Ferguson, owner of the High Cotton antique store. “It might as well be here.”

And while suspicion of the drills has run rampant among customers of Crosshairs Texas, the town’s only gun store, sales there have not increased, said owner Troy Michalik.

“I don’t think we are going to wake up next week and find tanks and roadblocks and martial law,” he said. “But at the same time, that does not mean that we should not be diligent and vigilant and keep an eye about what is going on.” 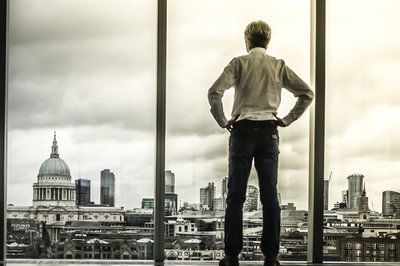 Do You Know How Harry’s Razors are Actually Made?Harry’s 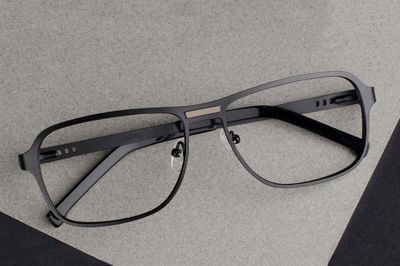 7 Reasons to Get Your Next Pair of Glasses OnlineGlassesUSA.com 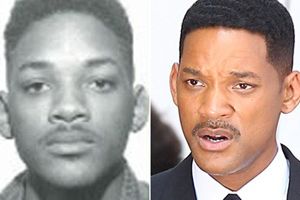 PHOTOS OF THE DAY

Our top photos from the last 24 hours.  Slideshow

Crisis? What crisis? The party is on in Mykonos