The inappropriate intrusion into Privacy Act-protected information, acknowledged in a report by the agency’s inspector general, could have a chilling effect, Sensenbrenner told CQ Roll Call Thursday — and he thinks someone “should be fired over it.”

Spying on the phones and electronic devices of elected officials has stoked concern in Congress. Even Sensenbrenner, the lead author of the 2002 Patriot Act, has protested lax oversight of the National Security Agency’s activities. But the disturbing leak to two media outlets of Chaffetz’s rejected application for a Secret Service job and the particulars surrounding it raised further alarm about privacy.

“Those responsible need to be held accountable, because behavior like this threatens the very nature of independent oversight of law enforcement,” Senate Judiciary Chairman Charles E. Grassley, R-Iowa, said Thursday.

Stakes in the monthslong conflict between Congress and the Secret Service went even higher Friday, after agency Director Joseph P. Clancy revised his account of what he knew and when he knew it, disclosing he had knowledge that private information about the Utah Republican was circulating before it was published.

The controversy started on March 24. Eighteen minutes after Chaffetz convened a House Oversight and Oversight and Government Reform Committee hearing titled, “Holding the Protectors Accountable,” a senior Secret Service agent queried the chairman’s name in the agency’s electronic database. As Chaffetz blasted Clancy for an “infuriating” lack of knowledge about an alleged mishap by two agents, the internal search returned Chaffetz’s September 2003 application.

By the end of the day, seven Secret Service employees had accessed the record, which showed Chaffetz had not been hired because “better qualified applicants existed.” A screenshot of the application, including Chaffetz’s Social Security number and birth date, was embedded in one email chain. But the sensitive data was not include in “a number of other emails,” according to the report.

“It’s outrageous,” said Senate Homeland Security and Governmental Affairs Chairman Ron Johnson, R-Wis., who has called out the Secret Service, Capitol Police and U.S. Park Police for their lack of clear responsibility for investigating breaches of Washington’s airspace security. Johnson has also teamed up with Grassley to confront the Justice Department about its investigation into former Secretary of State Hillary Rodham Clinton’s email server.

Ranking House Judiciary Democrat John Conyers Jr., D-Mich., who engaged in a 2013 battleagainst the White House and congressional leadership over NSA spying, said the committee’s lawyers were going to look into the situation.

“I think that there are probably instances where an agency has overstepped its bounds and that’s something we all have to be constantly sensitive to,” Conyers told CQ Roll Call.

When the Daily Beast published an April 2 report on Chaffetz’s rejected job application, 45 employees located across the country and abroad had accessed the record approximately 60 times. Some senior managers who learned Chaffetz’s application was spreading warned their employees against it, “but it was done orally and without reporting up the chain of command or an attempt to address what was becoming a widespread issue,” the report stated.

Homeland Security Chairman Michael McCaul, R-Texas, and ranking member Bennie Thompson, D-Miss., called out the agency’s leaders for callous handling of the breach. Thompson said the supervisors’ response “undermines my confidence that the reforms you are pursuing have any hope of curing what ails the Secret Service.”

Another lawmaker who has been a thorn in the side of intelligence agencies, outspoken Florida Democrat Alan Grayson, said the incident “illustrates the dangers of pervasive spying not just on members of Congress, but on members of the general public.”

“It’s not so much whether members of Congress, per say might feel chilled, but whether its chilling to think that the federal government has a record of our phone calls, mail that we send, the mail that we receive, our purchases,” he said Thursday during an interview in the Speaker’s Lobby.

Though Clancy and Homeland Security Secretary Jeh Johnson each called Chaffetz personally — twice, the lawmaker told CNN — to apologize, the incident casts a shadow over an agency that was enjoying a brief moment in the sun.

“The foolishness of a handful of people” has harmed that reputation, reflected Sen. Thomas R. Carper, D-Del., the ranking member on the committee that oversees the Homeland Security Department.

“Nobody’s talking about what a terrific job they did there,” Carper said. “Most of the chatter is about well, ‘How ’bout Congressman Chaffetz’s employment file at the Secret Service?”

Whoever distributed it should be “ashamed,” the senator said, “because what they have done is disparaged the work of tens of thousands of their colleagues who’ve done a great job.”

Grassley, who oversees the Secret Service and FBI under his committee’s jurisdiction, couldn’t resist a wisecrack about the leak. “A lot of people made a joke out of, ‘Well, surely Grassley must be living OK, because with all these investigations of the FBI he would’ve been picked up by now.’”

Secret Service Director: ‘We Are Not a Perfect Agency’ (Video)

Get breaking news alerts and more from Roll Call in your inbox or on your iPhone.

3 comments
© Reprints
Ethics, Members of Congress
More from Roll Call
From Around the Web
Recommended by

Campus Reporter Bridget Bowman (@bridgetbhc) keeps her eye what’s happening on and around the Hill. She covers local elections, the Capitol Hill community, House and Senate administration, legislative agencies and congressional oversight over the District of Columbia.

Leadership Reporter Hannah Hess(@ha_nah_nah) covers law enforcement and ethics investigations, acting as a watchdog of both chambers of Congress. Her beat includes Capitol Police and the House and Senate sergeants-at-arms. 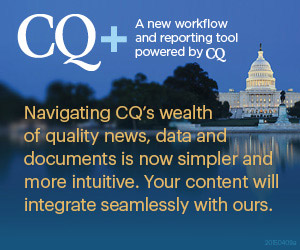