It’s been a long week after our LDS leaders announced their new policy changes regarding children of same-sex couples. It reminds me of my grade school days, when small groups of children would exclude others in order to feel superior and exclusively …

People march during a gathering for a mass resignation from The Church of Jesus Christ of Latter-day Saints Saturday, in Salt Lake City.
Hundreds rally against new Mormon policy; many file forms to quit the faith …
LDS Church provides additional information on handbook policies about same-sex …
LDS Church Mass Resignation – Facebook
In protest over gay rights, Mormons give up their church membership
See realtime coverage » 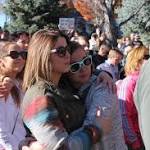 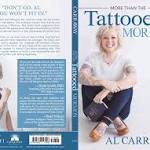 The first part of her book highlights her home life, how she was reared and her family. Carraway then writes about how her life changed, what it was like meeting with the LDSmissionaries, what it was like losing everyone in her life and leaving …
See realtime coverage »