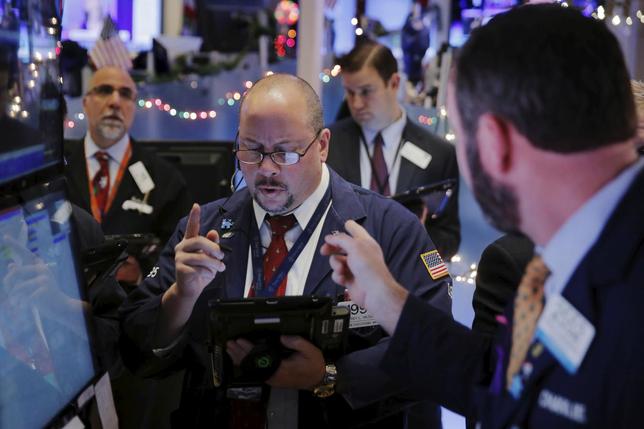 Traders work shortly after the opening bell on the floor of the New York Stock Exchange in the Manhattan borough of New York, December 8, 2015.
REUTERS/LUCAS JACKSON

U.S. stocks closed lower on Wednesday in a choppy session as oil resumed its decline and the S&P 500 index fell through a technical support level ahead of a Federal Reserve meeting next week that is expected to result in an interest rate hike.

After a morning rally the three major U.S. indexes fell as investors worried about slowing global economic growth, weak oil and the first U.S. rate hike in almost a decade.

Computer trading programs kicked in with a wave of selling when the S&P failed to stay above its 2,050 support level, according to Art Hogan, chief market strategist at Wunderlich Securities in New York.

“Often times investors will look at the commodity complex as a barometer for the global economy. Couple that with the fact that we broke support in the S&P 500,” said Hogan.

Investors were also getting into position ahead of an expected hike announcement by the Fed on Dec. 16.

The S&P materials sector .SPLRCM was the brightest spot on Wednesday with a 3.1 percent increase driven by reports that Dow Chemical (DOW.N) and DuPont (DD.N) were in talks to merge. Dow shares finished up 11.9 percent, and Dupont rose 11.8 percent.

Crude oil LCOc1 CLc1 prices settled lower after rising as much as 4 percent as the market ignored a U.S. crude stockpile drawdown to focus on a build in distillates, including diesel, that was twice as big as expected.

The energy index .SPNY trimmed earlier gains to close up 1.3 percent after falling more than 10 percent since Dec. 1.

Investors are concerned about China’s slowing economy and its impact on global demand for commodities as well as signs of weakness in U.S. manufacturing.

“I think the market is starting to be a little bit more concerned about global economic weakness,” said Paul Nolte, senior vice president and portfolio manager at Kingsview Asset Management in Chicago.

“You definitely have a risk-off situation. People took a lot of bets off the table,” Andrew Frankel, co-president of Stuart Frankel & Co in New York.

More than 8.05 billion shares changed hands on U.S. exchanges compared with the 6.89 billion average for the last 20 sessions, according to Reuters data. 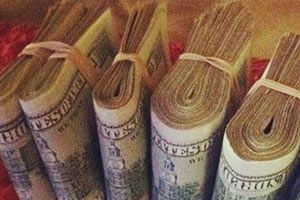 “Brightest Flashlight Ever” is Selling Like CrazyG700 Tactical Flashlight

Top 11 Cities Of The Rich You Never Knew ExistedForbes 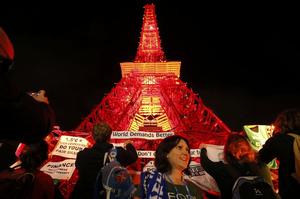 With new climate draft, a deal creeps closer in Paris |

When I think of my parents, most of my childhood memories involve them scolding us kids about the dangers of excess. “Stay up too late and you’ll oversleep for school. Eat too much candy and you’ll end up with a stomachache.” And so on. Of course, it was good advice, and these days I catch myself saying the same thing to my own children.

This leads me to wonder if a little…