‘John Wayne Day’ in Calif. rejected because of actor’s statements … 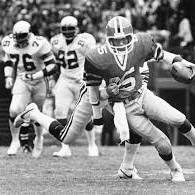 That One Time the Falcons Drafted John Wayne

AtlantaFalcons.com (blog)–22 hours ago
The Falcons are currently focused on adding players during the draft, but in the 70s, they tried to pull off one of the most quirky moves in league …

Washington Post–6 hours ago
April 29, 2016 5:51 AM EDT – A Calif. state lawmaker proposed a resolution to create “John Wayne Day” on the actor’s May 26th birthday, and fellow assembly …

Waterbury Republican American–11 hours ago
That’s when the question is asked, “Where is my John Wayne? … Unlike the situationsJohn Wayne encountered, there is no winning the day.
John Wayne was a great American, He understood what America was about and what it took to keep america great and that wat the social lib are up in arm about. Comparing wat a person may have said sevinty ago is like comparing apple to organs.
Now let talk about Senater byrd beloging to the kkk now there an issue the dem sweep under the lib rug

And that the way I see it
Cowboy Ron