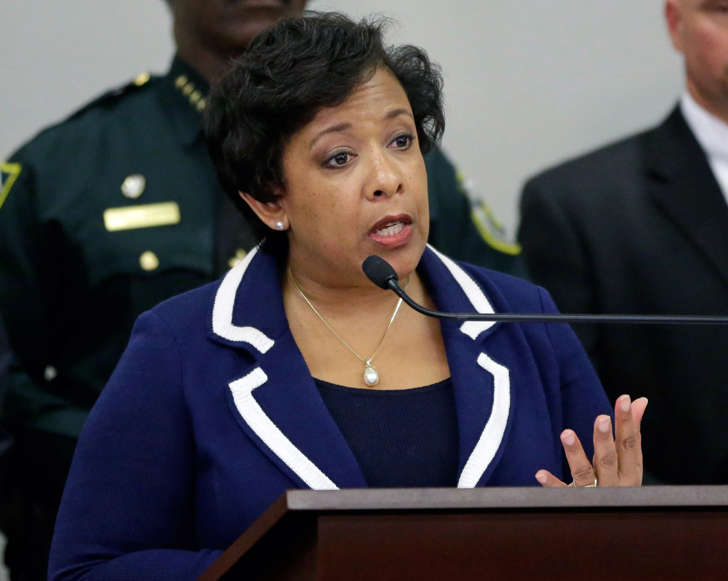 © (AP Photo/John Raoux) Attorney General Loretta Lynch at a news conference in Orlando, Fla.Attorney General Loretta Lynch said Friday that she will accept the decision of career prosecutors, investigators and FBI Director James Comey on whether to bring criminal charges in the ongoing investigation of Hillary Clinton’s use of a private email server while secretary of State.

The unusual public announcement during an event in Aspen, Colo., comes as the attorney general faces a storm of criticism related to an awkward encounter with former president Bill Clinton after the two crossed paths earlier this week at Phoenix’s Sky Harbor International Airport.

“This case will be resolved by the team that has been working on it from the beginning,” Lynch said, acknowledging that the meeting with Bill Clinton had “cast a shadow” over the ongoing inquiry.

“I certainly wouldn’t do this again,” she said of the meeting.

On Monday, Lynch was arriving in Phoenix in advance of a community policing event as Clinton was departing when the former president relayed through a security detail that he would like to say hello and subsequently boarded Lynch’s government plane.

The attorney general acknowledged the meeting with the former president but said there was no discussion of the investigation involving his wife, the presumptive Democratic presidential nominee. Rather, Lynch said it was a “social” visit where they largely discussed the former president’s grandchildren.

“Certainly, my meeting raises questions and concerns,” she said Friday. “Believe me, I get that.”

The impromptu session, however, triggered criticism from both Democrats and Republicans, including presumptive GOP presidential nominee Donald Trump.

“It is an amazing thing,” Trump told radio host Michael Gallagher Thursday. “They actually went on to the plane as I understand it. That’s terrible. And it was really a sneak. It was really something that they didn’t want publicize