Carrier agreed to keep about 1,000 factory jobs at its furnace plant in Indiana, CNBC reported, handing President-elect Donald Trump a victory on an issue that had become a rallying cry in his campaign.

A deal between Trump and Carrier, a division of United Technologies Corp., includes new inducements from the state, CNBC reporter David Faber saidon Twitter. Vice President-elect and Indiana Governor Mike Pence spearheaded the negotiating effort and Trump will travel to the factory on Thursday to announce the agreement, Faber said.

Carrier said earlier this year it would eliminate 1,400 U.S. jobs by relocating the plant’s manufacturing work to Mexico. The decision garnered national notice during the presidential campaign after a worker’s cell-phone video of the announcement to employees took off on social media and generated criticism of Carrier.

In April, Trump said he would impose a hefty tax on Carrier’s Mexican-made products and “within 24 hours, they’re going to call back: ‘Mr. President, we’ve decided to stay. We’re coming back to Indianapolis.”’

Before it’s here, it’s on the Bloomberg Terminal.

Remember Barbi Benton? What She Looks Like Today Is UnbelievableTomorrowoman

6 Reasons to Set Sail on a Luxury CruiseSilversea

What Causes Aging? Cambridge Scientist Has An IdeaFastco | Elysium Health

Taylor Swift’s Outfits Leaves You To Your ImaginationLivingly 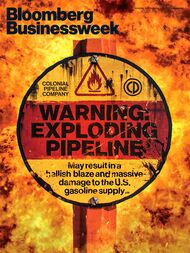