A Democratic lawmaker is desperately lobbying the Electoral College to shun Donald Trump, and vote for Hillary Clinton — even though he conceded Monday that the Republican won the election “fair and square.”

The plea from Rep. Jim Himes (D-Conn.) comes a week before the Dec. 19 vote, which is expected to affirm the results of the Nov. 8 election, in which Trump beat Clinton with 306 Electoral College votes.

“We’re 5 wks from Inauguration & the President Elect is completely unhinged. The electoral college must do what it was designed for,” Himes wrote Sunday night on Twitter in response to Trump’s gripe that NBC “Nightly News” is “biased, inaccurate and bad, point after point.”

In an interview Monday on CNN’s “New Day,” Himes said that Trump’s refusal to say that the Russians hacked Democrats during the electionwas what prompted his plea to the Electoral College.

“What finally pushed me over the edge was when the president-elect of the United States criticized the CIA and the intelligence community. Can you imagine what the leaders in Beijing and Moscow and Tehran are thinking as they watch the next president of the United States delegitimize and criticize his own intelligence community and stand up for the defense of Russia, one of our prime adversaries,” said Himes.

The Democratic rep said the move would result in “an awful lot of litigation,” but that it was the right thing to do under the system that currently exists.

“The Electoral College, if you read the Federalist Papers and understand why it is there, it is a group of people. It is not an algorithm. It is not a set of ballots. It is a group of people that our Founding Fathers, you know, to whom supposedly we all sort of defer to, pledged the idea that if someone gets elected that is manifestly ill equipped to be president … that the Electoral College can step in,” he said.

Himes, who said the Republican isn’t qualified to be “mayor of a small town in Connecticut,” admitted that “under the rules, President-elect Donald Trump won fair and square.”

But Himes, who wants to abolish the Electoral College, said the only reason it does exist is to prevent someone like Trump from getting into the Oval Office.

If the Electoral College process still seems confusing, this video (produced before the election) should clear things up:

Jose Canseco really wants to be head of the Fed

SPONSORED STORIES
Recommended by
AROUND THE WEB 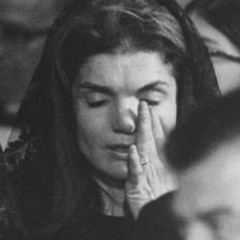 Here’s Who Jackie Kennedy Thinks Had Her Husband Killed
Irishcentral.com 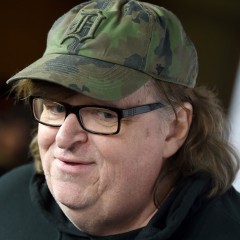 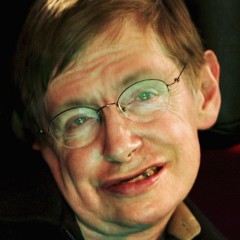 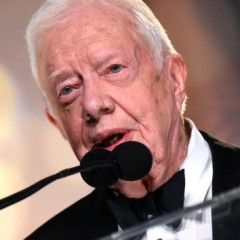 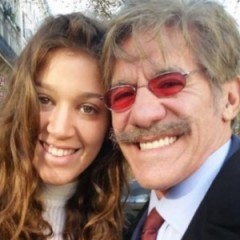 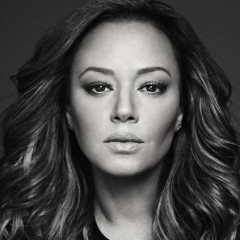 MOST POPULAR THIS WEEK

From Wikipedia, the free encyclopedia
Not to be confused with Jim Hines.
MAYBE LATER

Dear readers in the U.S., time is running out in 2016 to help Wikipedia. When I made Wikipedia a non-profit, people warned me I’d regret it. But over a decade later, it’s the only top ten site run by a non-profit and a group of volunteers. We’re sustained by donations averaging about $15. If everyone reading this right now gave $3, our fundraiser would be done within an hour. Yes, the price of a coffee is all we need. Please help us keep Wikipedia online and growing. Thank you — Jimmy Wales, Wikipedia Founder

James Andrew “Jim” Himes (born July 5, 1966) is an American businessman and U.S. Representative for Connecticut’s 4th congressional district, serving since 2009. He is a member of the Democratic Party and Chairman of the New Democrat Coalition.[1]

The Fourth Congressional District incorporates portions of Fairfield and New Haven counties in southwestern Connecticut, including the cities of Bridgeport, New Canaan and Stamford.

Himes was born July 5, 1966 in Lima, Peru,[2] to American parents, where his father worked for the Ford Foundation.[3]

His father, James R. Himes, also worked for UNICEF,[4] being the director of the Unicef Innocenti Center, a research institute on child development in Florence, Italy.

His mother, Judith A. Himes, was until recent years the director of board activities for the New Jersey Board of Higher Education in Trenton.

He spent his early childhood in Lima and Bogotá, Colombia.[3] After the divorce of his parents, Jim, his mother, and his two sisters moved to Pennington, New Jersey,[3][5] where Himes attended and graduated from Hopewell Valley Central High School.[4]

Himes attended Harvard University as an undergraduate where he was the captain of the Lightweight crew and graduated with a Bachelor of Arts in 1988.[2] Himes studied for a degree in Latin American studies as a Rhodes scholar at St Edmund Hall, Oxford[3] and graduated with a Master of Philosophy in 1990.[2] He was awarded an honorary Doctor of Humane Letters degree from the University of Bridgeport on May 5, 2012.[6]

Himes has sponsored 32 bills, including:[9]

Planned Parenthood gives Himes a 100% pro choice rating.[10] He voted against the Stupak-Pitts Amendment in the Affordable Health Care for America Act that was intended to prevent any federal funds from paying for any health care plan with abortion coverage.[11][12]

Himes states that “we should reduce our presence in Afghanistan as rapidly as possible and reshape our mission to focus exclusively on counterterrorism”, yet requiring “presence in the region, but one considerably smaller than that required by our present strategy of nation-building.”[13] He believes in a nuclear weapon free world, and readily supports sanctions against Iran. He voted for the Comprehensive Iran Sanctions, Accountability, and Divestment Act of 2010.[13] He supports a two state solution between Israel and Palestine.[13]

Himes believes that early childhood education is “the most intelligent investment a nation can make in its future”, and voted to double funding for Early Head Start Program.[14] He stated in 2008 that No Child Left Behind “is well-intentioned because it focuses on education, but it must be reformed.”[15] Rep. Himes also co-authored an amendment to the Student Aid and Fiscal Responsibility Act that promoted the financial literacy of students.[16]

Environment America has given Himes a 100% rating.[17] He believes that “By creating the right set of financial incentives and supporting a broad range of research and development, we can deliver the energy our economy requires to thrive while protecting our planet.”[18] He also voted for the American Clean Energy and Security Act.[12]

− On March 6, 2013, Himes co-sponsored H.R. 992 [19] which rolls-back provisions in section 716 of the Dodd-Frank Wall Street Reform and Consumer Protection Act. Citigroup’s recommendations were reflected in more than 70 lines of the House Financial Services committee’s 85-line bill. Two crucial paragraphs, prepared by Citigroup in conjunction with other Wall Street banks, were copied nearly word for word.[20] According to the Congressional Budget Office[21] “H.R. 992 would allow certain financial firms to retain financial portfolios containing swaps while remaining eligible for assistance from the Federal Reserve and Federal Deposit Insurance Corporation (FDIC).”

Himes voted against H.R. 627 which allowed loaded guns into national parks.[12] The Brady Campaign to Prevent Gun Violence gives him a 100% lifetime score for his support of more gun regulations.[24]

Himes supports the Patient Protection and Affordable Care Act. He believes in preserving Medicare and Medicaid and says we must be “prepared to equitably reform these programs to address the challenging problem of rising health care costs and ensure that these important safety net programs are here to help this generation and the next.”[25]

Himes co-sponsored H.R. 402, The National Infrastructure Development Bank Act of 2011, which would objectively fund national infrastructure projects. According to Himes it would also “attract private investment and facilitate private sector partnering with regions, states and localities to borrow from the Bank while adding its own private equity to projects.”[27] He has helped bring money to the 4th district, such as “over $70 million for safety improvements, resurfacing, enhancements, and bridge improvements to the Merritt Parkway; over $11 million for infrastructure improvements at the Steel Point project in Bridgeport that will generate thousands of new jobs; and $30 million for upgrades to Metro North’s Danbury Branch line.”[27]

In 2009-2010 the Society for Animal Protective legislation gave Himes a rating of 100% on his support of animal protection. In 2009, Himes was given a rating of 100% by the Defenders of Wildlife Action Fund due to his position on wildlife action.[28]

In 2009-2010 the Human Rights Campaign gave Himes a rating of 100% due to his stance on human rights and liberties. This rating also extends to his position on sexual orientation and gender identity.[28]

In 2009-2010 the American Immigration Lawyers Association gave Himes a rating of 100% due to his stance on the defense of immigrants in the U.S.[28]

In 2008 Himes faced the ten-term Republican incumbent Chris Shays in the 2008 congressional election, along with Libertarian nominee M. A. Carrano, a professional philosophy writer and systems consultant, and Green Party nominee Richard Duffee. Winning by a margin of 51 percent to 47 percent,[3] While Shays won 14 of the district’s 17 towns, Himes won all three of the district’s large cities—Bridgeport, Norwalk and Stamford. Ultimately, he owed his victory to swamping Shays in Bridgeport, winning a staggering 80 percent of the vote there.[29] He was also helped by Barack Obama‘s massive win in that district; Obama carried the 4th with 60 percent of the vote, one of the largest margins Obama recorded in a Republican-held district.

Himes took office in the 111th United States Congress on January 6, 2009. He is the first Democrat to represent the district since Donald J. Irwin left office in 1969, and only the second since 1943. Shays was the sole Republican congressman from New England, and Himes’s win made New England’s House delegation entirely Democratic for the first time in history.[30]

In the 2010 election, Himes won reelection against Republican challenger State Senator Dan Debicella. Along with the three towns that he won in 2008, Himes also won Redding, Weston, and Westport, and won Fairfield by one vote.[31]

The campaign raised $3,660,497.57, $3,603,727 of which was spent.[32] Only 4% of that came from small individual donors, while 60% came from large individual donors. The remaining donations came mostly from Political Action Committees (34%). Himes did not self-finance at all.[32] His top contributor was General Electricwith $57,550. Numbers two through five respectively were Goldman Sachs, Brown Brothers Harriman & Co., the Metropolitan Museum of Art, and Pullman & Comley.[32] The majority of his money, 74%, came from in-state. Only 26% came from out of state.[32] Rep. Himes disclosed 97.9% of his donations.[32]

On October 16, 1994 he married Mary Linley Scott,[33] of Toronto, a daughter of Janet and Michael Scott. The ceremony took place at Cathedral Church of St. James in Toronto, Canada, and was performed by the Rev. M. Jane Watanabe, an Anglican associate priest.

His wife was an assistant designer at Dorf Associates, a retail design firm in New York. She graduated from McGill University and from the Parsons School of Design. Her father retired as the vice chairman of Scotia McLeod, an investment bank in Toronto.

Himes lives in the Cos Cob section of Greenwich with his wife and their two daughters: Emma and Linley.[34] He is fluent in Spanish.[35] He is also a Member of Session of the First Presbyterian Church of Greenwich.[35]