Do you think people need to give President Trump a chance? 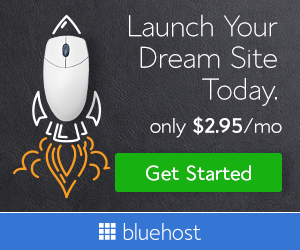 From ball gowns to pajamas, 17 high school juniors showed off their favorite outfits and a bit of their personalities Sunday night during the Greater Pottsville Winter Carnival’s Snowflake Fashion Show at the Lodge at Sharp Mountain, Pottsville.

“She imagines this is the kind of dress contestants would wear in 1967 at the first Winter Carnival,” Cataldo said of Martin’s dress.

Martin said she remembers her time as a contestant in the Snowdrop Princess pageant and wanted to be a part of the experience again as a high school student.

“I met a lot of new friends and remember going from a game to get my hair done,” Martin said. “I just thought it was cool I could do both things, and I wanted to represent my high school.”

“Hannah chose to wear her Victoria’s Secret pajamas not only because she loves to sleep like any other teenager but because she also has big dreams,” Cataldo said.

Joyce said she wants a career in teaching. She also said she volunteers at the annual Christkindlmarkt at the Schuylkill County Council for the Arts.

“It’s really cool because it brings community artists together and shows what the county has to offer,” Joyce said.

Gianna Granito, Blue Mountain, chose her bridesmaid dress from her sister’s wedding for the fashion show.

“Gianna is wearing this dress today because her sister means the world to her,” Cataldo said.

Granito said she enjoys teaching children at her dance studio and entered the pageant because her mother is a former Winter Carnival Queen.

“I absolutely look up to her and want to follow in her footsteps,” Granito said.

On Thursday, the Snowflake Princess contestants will have another fashion show. They will choose outfits to show the judges their personalties, hobbies or aspirations. The Winter Carnival Snowflake Costume Fashion Show will be at 6 p.m. Thursday in the auditorium at Boscov’s at the Fairlane Village mall.

The remaining Winter Carnival events are:

We welcome user discussion on our site, under the following guidelines: