Rep. Cedric Richmond (D-La.) apologized late Sunday for a crude joke he made last week at the Washington Press Club Foundation dinner about this photo of White House adviser Kellyanne Conway as she checks her phone after taking a photo of U.S. President Donald Trump and leaders of historically black universities and colleges in the Oval Office. (Brendan Smialowski/AFP/Getty Images)

“After a discussion with people I know and trust I understand the way my remarks have been received by many,” Richmond said in a statement. “I have consistently been a champion for women and women’s issues, and because of that the last thing I would want to ever do is utter words that would hurt or demean them.” 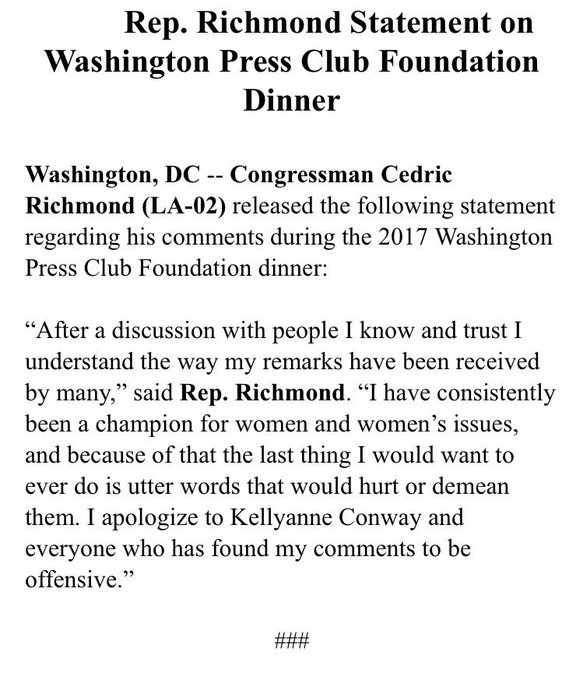 “I apologize to Kellyanne Conway and everyone who has found my comments to be offensive,” he said.

At the Washington P