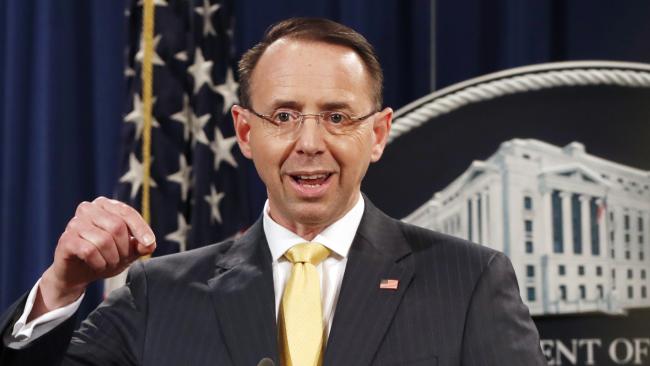 Scroll back up to restore default view.

The U.S. Department of Justice announced charges on Friday against 13 Russians and three Russian entities for allegedly carrying out an elaborate plot to interfere in the 2016 U.S. presidential election.

According to the 37-page indictment prepared by special counsel Robert Mueller’s office, all the defendants were charged with conspiracy to defraud the United States; three with conspiracy to commit wire fraud and bank fraud; and five with aggravated identity theft.

The Russian operatives allegedly used fake social media accounts, created false advertisements and even traveled to the United States in an effort to support Donald Trump’s presidential campaign — and to disparage that of his Democratic opponent, Hillary Clinton.

“They engaged in operations primarily intended to communicate derogatory information about Hillary Clinton,” the indictment alleges, “to denigrate other candidates such as Ted Cruz and Marco Rubio, and to support Bernie Sanders and then-candidate Donald Trump.”

The charges are part of Mueller’s ongoing investigation into the Trump campaign’s contacts with Russia.

At a news conference on Friday afternoon, Deputy Attorney General Rod Rosenstein noted that the indictment does not say that the a