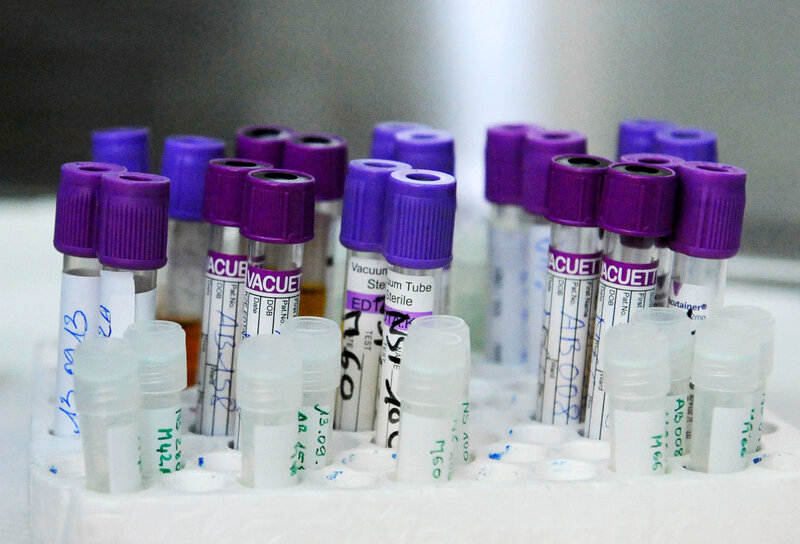 Blood samples of people living with HIV in a laboratory at the AIDS Research Center in Abidjan, Ivory Coast.

The U.N. has an incredibly ambitious goal of wiping out HIV transmission by the year 2030.

But global health experts say they can’t execute that plan without a cheaper way to monitor the health of millions of HIV patients.

The Clinton Health Access Initiative, along with several other development agencies, has brokered an agreement to make routine HIV tests more accessible. They’re aiming to make HIV viral load tests available for $12 a piece, slashing the price in some markets by more than 50 percent. 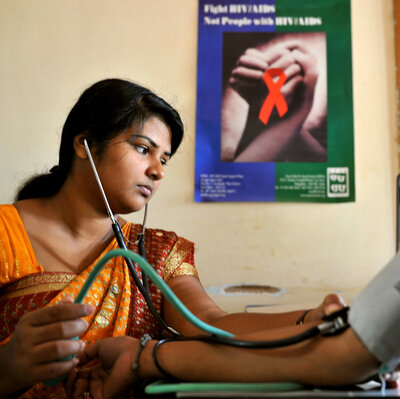 Report Warns Of ‘Dangerous Complacency’ In The Fight Against HIV

Viral load testing is vital in monitoring HIV patients who are on lifelong anti-retroviral (ARV) drug therapy. Currently, most viral load testing in low- and middle-income countries is done in public laboratories on equipment owned, operated and maintained by the government.

Under this new deal, a private diagnostic company called Hologic instead will provide all the equipment and supplies needed to run these tests and get paid for each sample that’s analyzed. The hope is that this model will make viral load testing far more common in countries with some of the highest HIV rates in the world.

Michael Anderson with MedAccess in the U.K., one of the partners in the Clinton Health Access Initiative deal, says increasing access to sophisticated HIV testing is a critical step if the world is ever going to see the end of AIDS.

“Without viral load testing we will not be able to manage this epidemic,” says Anderson.

Viral load testing is considered by the World Health Organization as the gold standard in measuring whether ARV therapy is working effectively for an individual patient.