You need to add a widget, row, or prebuilt layout before you’ll see anything here. 🙂 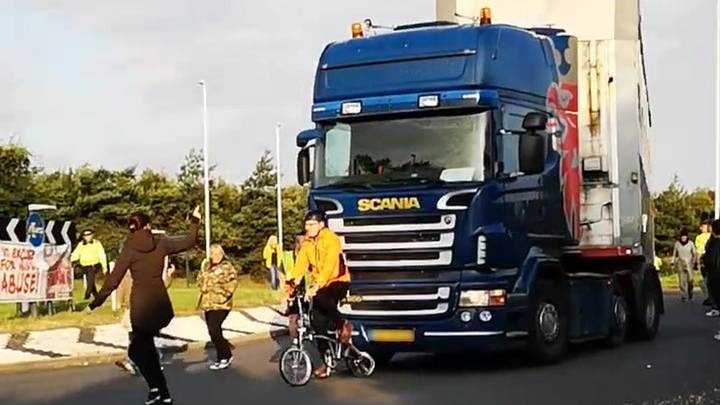 A group of animal rights protestors managed to bring a livestock lorry to a halt – though not without one of their bicycles getting crushed in the process.

The campaigners had attempted to stage a sit-in on Nethercourt Roundabout as the lorry carrying sheep left the Port of Ramsgate in Kent at 6.45am today.

In footage of the incident, you can see a cyclist pull in front of the lorry on the roundabout, causing it to clip the back of the bike.

The rider was able to jump out of the way to safety, but the bike ended up being crushed.

The angry protestors then swarmed the vehicle, forcing it to come to a standstill, before pointing at the lorry and chanting ‘SHAME!’ in unison – in scenes reminiscent of Cersei’s walk of shame in HBO series Game of Thrones.

Vegan activist Claire Folan filmed the drama unfold between the campaigners and someone believed to be anOnderwater Agneaux driver, and has criticised Kent Police for not protecting campaigners.