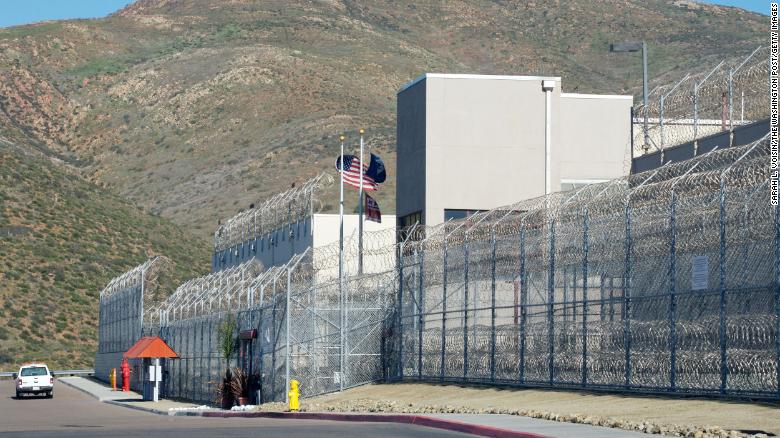 More than 130 detainees at the Otay Mesa Detention Center have tested positive for the novel coronavirus, according to Immigration and Customs Enforcement.

(CNN)A 57-year-old man from El Salvador became the first person to die from coronavirus while in Immigration and Customs Enforcement custody, a senior immigration official told CNN on Wednesday.

The man had been held at the Otay Mesa Detention Center in San Diego, California, the official said.
“He contracted (Covid-19) at the facility,” the senior immigration official told CNN. “As soon as he tested positive he was sent to the hospital. He died there.”
Reports of the man’s death drew swift condemnation from immigrant rights organizations, who’ve been pushing for weeks for ICE to release more detainees from its facilities and arguing coronavirus poses a deadly threat to immigrants behind bars.
“The heartbreaking tragedy at Otay Mesa could have been prevented had US immigration officials heeded the recommendations of medical experts and acted in time,” said Dr. Ranit Mishori, a senior medical adviser for Physicians for Human Rights, in a statement Wednesday. “Thousands of doctors, advocates, and even the former acting head of ICE have been sounding the alarm for months about the grave risks of immigration detention amid the COVID-19 pandemic. The government cannot say it did not know this would happen.”
ICE and CoreCivic, the private prison company that operates the detention center, did not immediately respond to requests for comment.
It’s been six weeks since ICE announced the first detainee in its custody had tested positive for the novel coronavirus.
According to the latest statistics published on the agency’s website, 705 detainees in