People, get a grip. Yes, the Asian giant hornet, now famously known as the “murder hornet,” is one huge scary wasp, capable of decimating an entire colony of honeybees and savagely stinging and possibly killing humans who get in their way.

But since last week, when it was reported that two hornets were spotted for the first time in Washington state, the national panic has led to the needless slaughter of native wasps and bees, beneficial insects whose populations are already threatened, said Doug Yanega, senior museum scientist for the Department of Entomology at UC Riverside. (Bees, for one, are the planet’s pollinators-in-chief, pollinating approximately 75% of the fruits, nuts and vegetables grown in the United States, according to the U.S. Department of Agriculture.

“Millions and millions of innocent native insects are going to die as a result of this,” Yanega said today. “Folks in China, Korea and Japan have lived side by side with these hornets for hundreds of years, and it has not caused the collapse of human society there. My colleagues in Japan, China and Korea are just rolling their eyes in disbelief at what kind of snowflakes we are.” 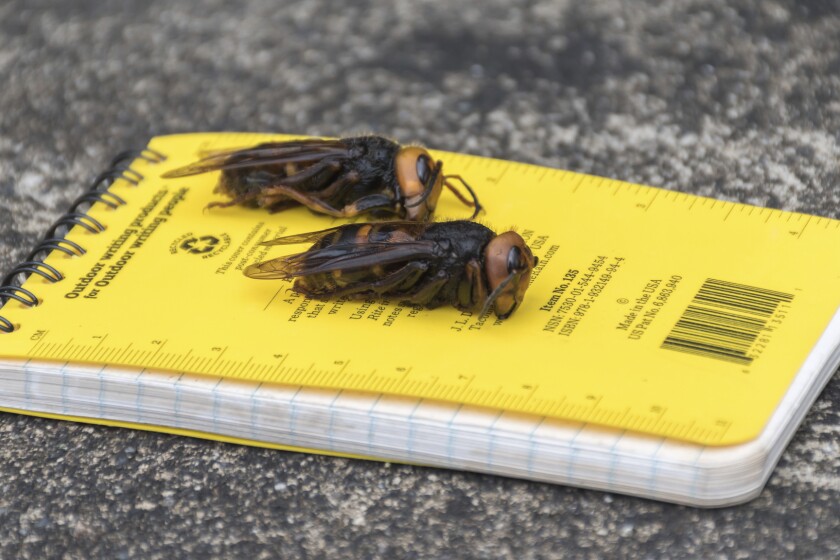 SCIENCE
They’re not really called ‘murder hornets.’ And they’re probably not as bad as you think
May 6, 2020

The worries started on May 2, after the New York Times reported that a beekeeper in Custer, Wash., found an entire hive of bees destroyed in November 2019, their heads ripped from their bodies. Then two Asian giant hornets were found near Blaine, just a few miles north, near the U.S.-Canadian border.

One of the hornets was found dead on a porch. The other reportedly flew away into the woods, Yanega said, and since then Washington entomologists have been on the lookout, encouraging residents to set out traps for the hornets so authorities can find and destroy any nests before they can grow.

Queens are the biggest of the world’s biggest hornets. They can grow to 2 inches from their cartoonish Spider-Man-type face (with vicious mandibles) to their quarter-inch-long stinger that can puncture heavy clothing. They hibernate, Yanega said, so scientists speculate that at least two hornet queens hitched a ride to the New World on a cargo ship, the first time it’s known to have happened “in over a century of significant maritime commerce between Vancouver and Southeast Asia.” 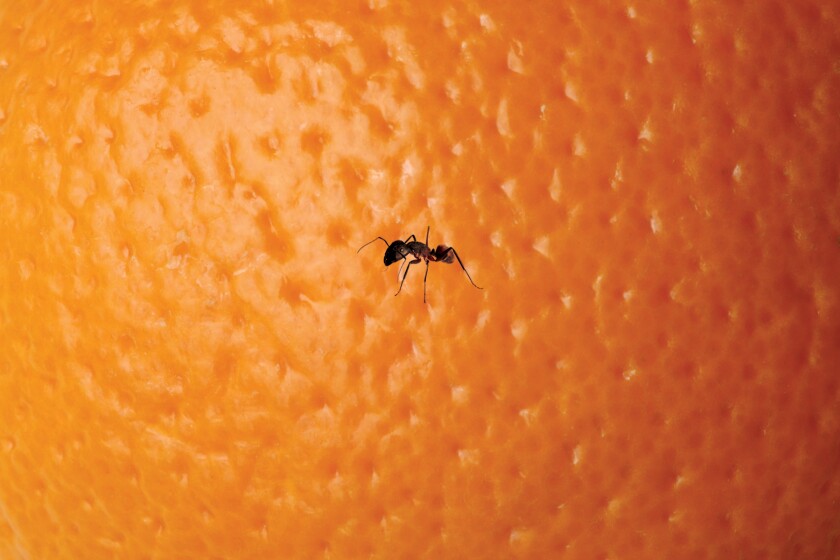 Asian giant hornets are native to Southeast Asia, Yanega said, so finding a knob of them at the western point of the Washington-British Columbia border was reason for alarm. A nest had been discovered and destroyed earlier that fall in Nanaimo on Vancouver Island in British Columbia, around 80 miles from Blaine, Wash., but genetic tests showed that the dead hornet found on the porch was not related to the colony destroyed in Nanaimo, Yanega said.

Unlke honeybees, hornet queens create their first nests by themselves, he said, feeding their larvae until they hatch and become a little worker force. Then the queen “retires” to just lay eggs while the workers go out and collect food. Her early eggs are sterile, and she can’t create new queens until the fall.

Which is why, if there are nests in Washington, Yanega said, it’s important to find them now. “Queens have to go all the way from April to September before they can have their own reproductive offspring,” he said. “If we can intercept them any time in between there, we can kill them, and that’s that.” 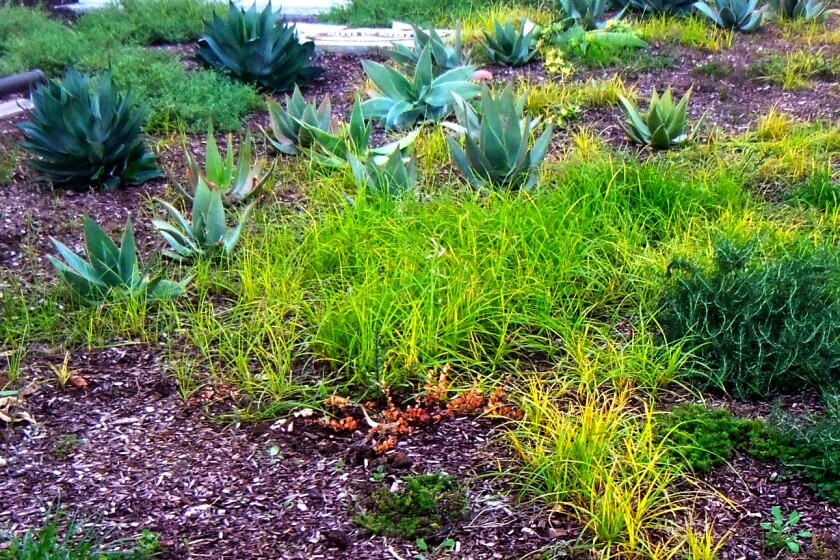 LIFESTYLE
Why vinegar might be your secret weapon to fighting weeds
April 23, 2020
ADVERTISEMENT

But that’s in Washington, in the most northwest point of the contiguous U.S., and as of today there still haven’t been any reported sightings, Yanega said. In the meantime, freaked-out people across the U.S. have started putting out traps, Yanega said, and state apiarists (beekeepers) in Kentucky and Tennessee have announced plans to put out traps this month.

Unfortunately, the bait in those traps — a mixture of orange juice and rice cooking wine — is attractive to all kinds of native insects, Yanega said, and so far, that’s all people have been catching.

Considering the nuisance they can be at picnics and other outdoor events, some people might not fret about killing bees or wasps, giant or not, “but they are significant beneficial insects,” Yanega said. “They eat several times their weight in caterpillars from people’s vegetable gardens and ornamental plants, so indiscriminately killing them does much more harm than good.” 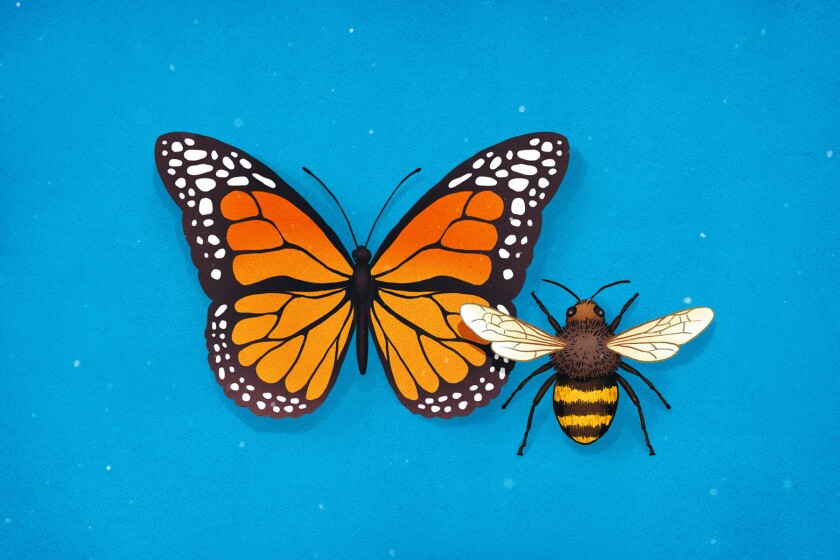 LIFESTYLE
Want to help bees and butterflies? Add these plants to your garden
Feb. 28, 2020
ADVERTISEMENT

Beekeepers in Asia have learned how to adapt to the hornets, using special screens to keep them out, and Japanese honeybees have even evolved to form their own defensive tactics, creating a “bee ball” around invading hornets to suffocate them, according to National Geographic. And in China and other countries, some people think the hornet pupae and larvae are delicious. “People consume them,” Yanega said. “You can buy them in cans.”

In fact, the hornets go by any number of names in Asia. Just in Japan alone, it’s known as the big hornet, the yellow hornet, the great whale bee and the great sparrow bee, Yanega said. The “murder hornet” name came from a TV Asahi television network, he said, which began using the name in one of its programs around 2004.

“It took all that time for that name to be translated into English for our newspapers, and it’s really unfortunate,” Yanega said.

“I don’t want to downplay this — they are logistically dangerous insects. But having people in Tennessee worry about this is just ridiculous. The only people who should be bothering experts with concerns about wasp IDs are living in the northwest quadrant of Washington (state). And really, right now, nobody else in the country should even be thinking about this stuff.”

Get our weekly Tasting Notes newsletter for reviews, news and more from critics Bill Addison and Patricia Escárcega.

You may occasionally receive promotional content from the Los Angeles Times.

Jeanette Marantos
Jeanette Marantos has been a writer for the Los Angeles Times Homicide Report since 2015 and the Saturday garden section since 2016, a yin and yang that keeps her perspective in balance.
MORE FROM THE LOS ANGELES TIMES 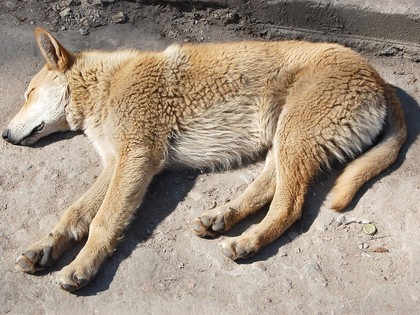 How Dogs Cry For Help: 3 Warning Signs Your Dogs Is Crying For Help 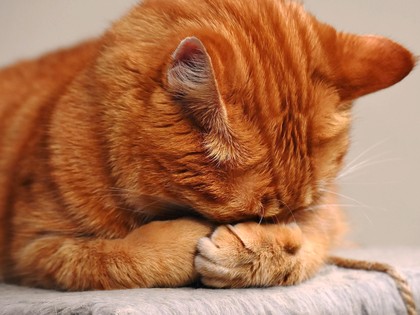 3 Ways Your Cat Asks for Help 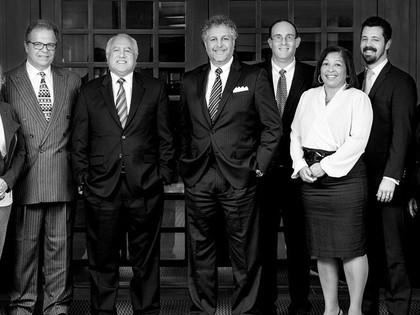 The Most Successful Attorneys in Denver. See the List 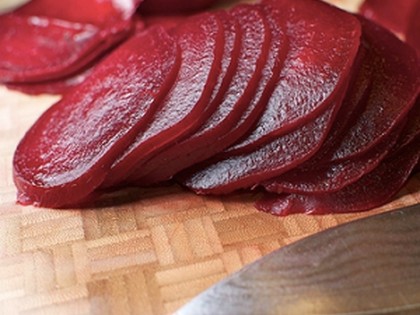 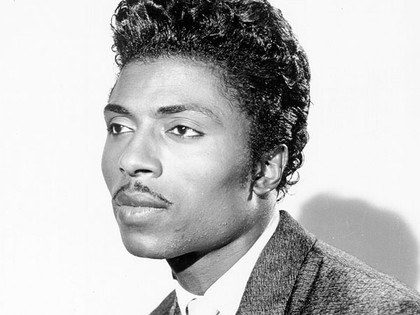 Little Richard’s Final Net Worth Brought Us To Tears!